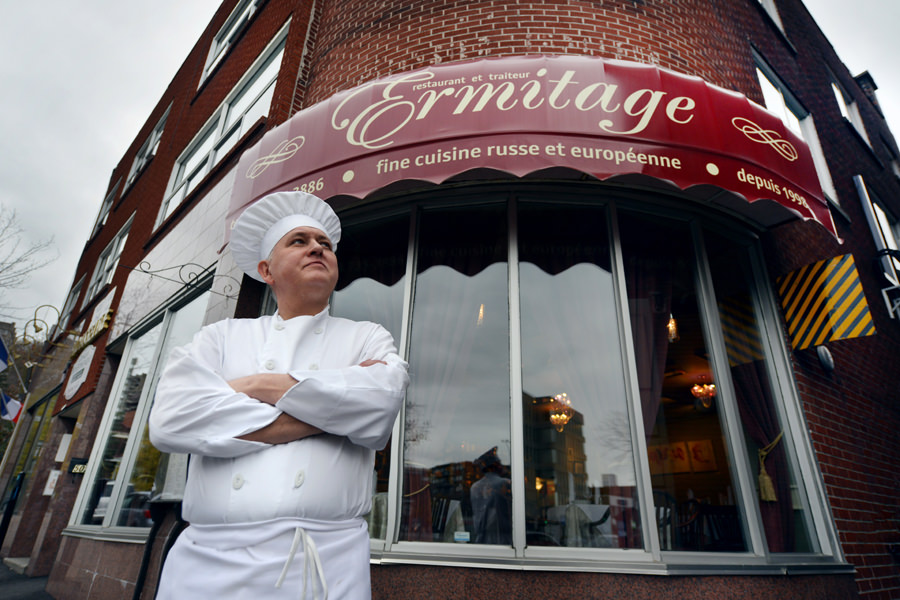 Exquisite dishes from Russia and Europe.

The art of Montreal chef Oleg Scobiola is highly appreciated by local gourmands. In his Ermitage Restaurant, they are always waiting for a meeting with real masterpieces of cooking.

The Ermitage restaurant will make your party unforgettable, making party festive unusual, beautiful and incredibly tasty to order. Chef Oleg Skobiola will surprise you with his creativity and superior quality.

There are days at the restaurant where the true admirers of the work of the master find themselves there. On these days, Oleg creates special dishes that not only have unique taste qualities, but also an interesting history of their creation.

A great European chef makes Russian and Eastern European cuisine known in Montreal
Oleg Scobiola spent 19 years as a chef in Moldova and was regularly invited to prepare elaborate meals in the most illustrious places, including the Russian Embassy. In search of greater security and stability for his family, he immigrated to Canada.

To create a place that would allow locals to discover Russian and Eastern European cuisine in a comfortable atmosphere, he opened the Ermitage in 1998. Since then, the Hermitage has delighted locals and Europeans alike and introduced to the authentic cuisine of his homeland. 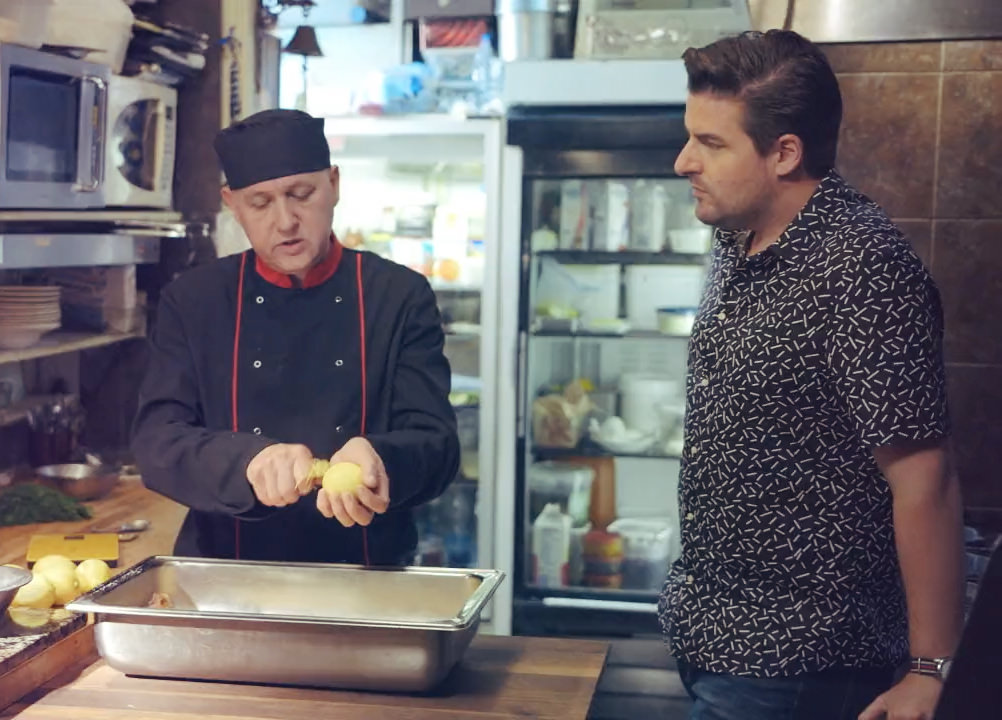 « Our restaurant is not just a traditional Russian restaurant, there are different influences and I like to add maple syrup on occasion. During the syrup harvest period, we replace honey with syrup in a traditional Eastern European cookie recipe. It’s very tasty! I also use it to marinade game and in vinaigrettes, such as orange. » – says Oleg Scobiola 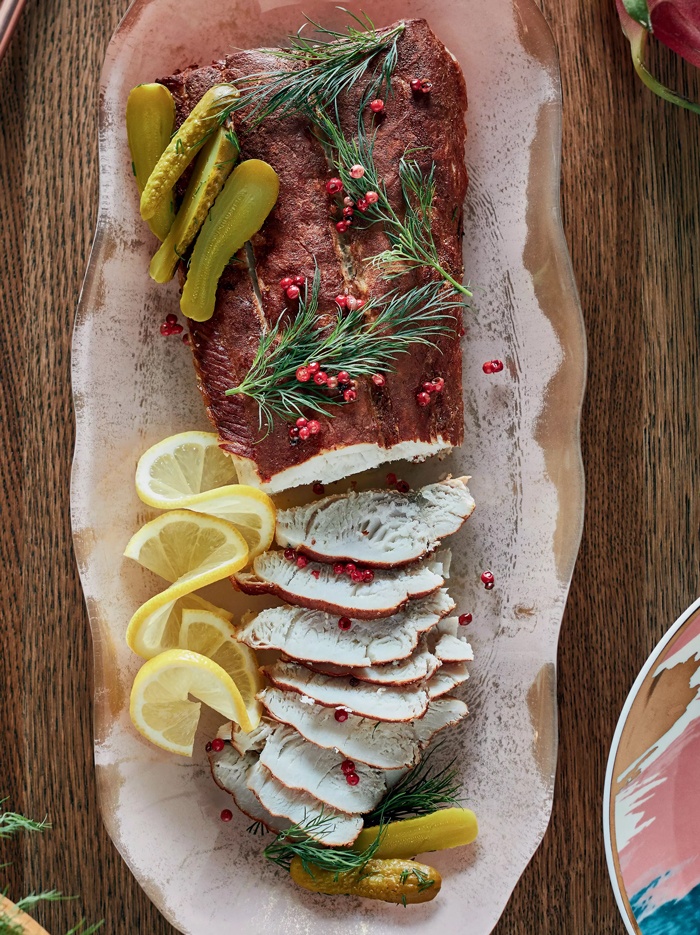 In 1988, as a young specialist in the culinary arts, Oleg was invited to Kathmandu to order a grand banquet, which the Soviet party gave to the diplomatic corps in the presence of King Birendra Nepal.

The banquet was a resounding success. His theme was Moldovan cuisine, which is why Oleg was invited to the organizers. Why was he chosen, still a young man then, Oleg does not know until now. His talent has already been noticed back in the Soviet days. Guests approached him to express gratitude, sometimes they asked him to sign the dinner menu!

The Australian ambassador, as if he was inadvertently interested, did not want Oleg to work in Canberra. Then the royal family wanted to give a reciprocal reception with exactly the same menu, and Oleg was asked to repeat it again. To accept this was not i his power… But he was allowed to fulfill the wish of the monarch, and after the banquet the representative of King Birendra in the name of the king, he was offered a three-week trip fully paid to Nepal and India. Oleg accepted this proposal, and the young chef tasted various dishes in the best restaurants of both countries for three weeks. After this trip, Oleg earned the title of Master Chef. At only 28 years old!

After his trip to Nepal Oleg Skobiola worked for several years as the personal head of the Soviet Ambassador to Rwanda. The ambassador was picky, he did not eat much, but he did not regret spending money for what he loved. So, thanks to the whim of the ambassador, Oleg has perfected his skills as a cook.

There are days at the restaurant where the true admirers of the work of the master find themselves there. On these days, Oleg creates special dishes that not only have unique taste qualities, but also an interesting history of their creation. For example, he hosted the Titanic Dinner, which served dishes prepared according to recipes from the book “The Last Lunch at Titanic”.

Oleg is often filmed by famous food bloggers and is known for his authentic recipes and high quality standards.

See how Oleg Scobiola presents his Blinis recipe with the caviar from Resto Mundo. 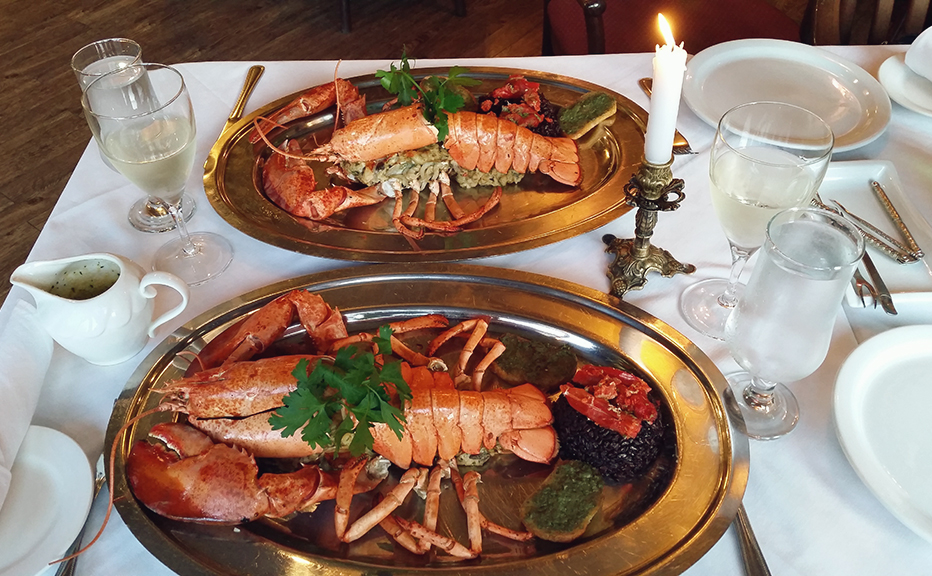 Are you planning banquete or reception?